Solicitors come together to raise £1million for charity 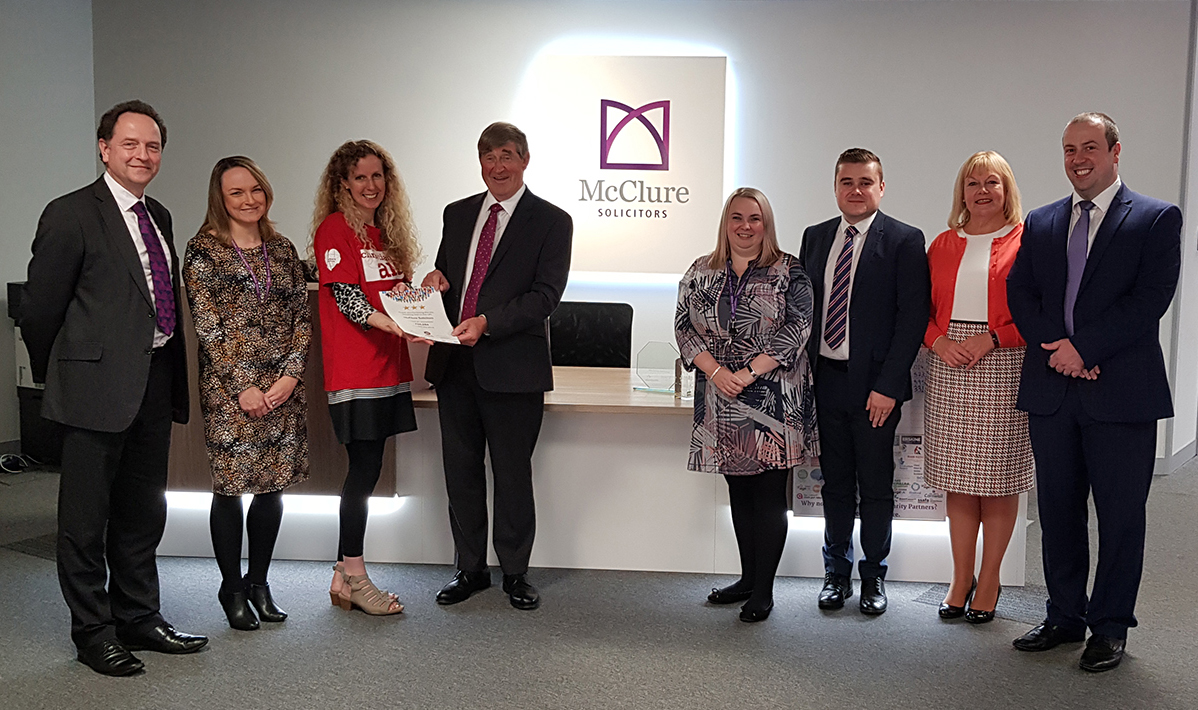 Over 800 solicitors have raised £1 million for national will-writing campaign Will Aid.

The donations, which benefit nine of the UK’s best loved charities, were raised by solicitors who volunteered their time to write thousands of basic wills during November 2018, waiving their fees and instead inviting clients to make a voluntary donation to Will Aid.

One company - McClure Solicitors, which has 14 offices throughout Great Britain– took part in the scheme for the 14th year in a row raising £26,434 - the highest amount raised ever in one campaign.

The firm has raised a total of £55,323 to date, making it one of Will Aid’s top donating firms.

Peter de Vena Franks, Will Aid campaign director, said: “Will Aid relies on the generosity of the solicitors involved who dedicate their time each year to help raise vital donations that help change the lives of vulnerable people and communities in the UK and around the world.

“The efforts of our participating solicitors benefit thousands of local people too, providing them with expert advice and the security of having a professionally drawn-up will which will protect their loved ones in the future.

“Now in our 31st year, we are so proud of everything this special partnership has achieved over the last three decades. It simply wouldn’t have been possible without the fantastic support of philanthropic solicitors like the team at McClure Solicitors.”

In addition to the donations, many people also opted to leave a gift in their will for the Will Aid charities, with the amount of legacy pledges increasing in 2018.

In 2018, McClure Solicitors has helped secure more than £1.3 million of legacy pledges for Will Aid charities as well as an additional £3 million for other charities.

Andrew Robertson, managing director of McClure Solicitors, said they were thrilled to have made such a difference.

He added: “Taking part in Will Aid is now an important annual event for the firm.  Making a will with a professional solicitor is one of the most important things you can do to ensure that your loved ones are taken care of in the event of your death.

“We see participating in Will Aid as both a chance to help the nine charities involved but and also to help our local community by offering our services for a voluntary donation.

Jon Jacques, Will Aid chairman and head of legacies at Save the Children, said: “We are so thankful to the team at McClure Solicitors for all of the time and hard work that they have given to the Will Aid scheme over the last seven years.

“Just £1,108 could provide water trucking to a school in Somalia for 800 children for a whole month – keeping all of those children in classrooms, and continuing with their education”.